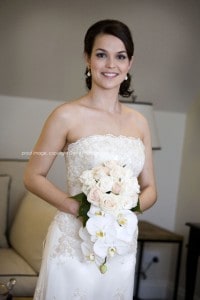 It’s a leap year.  And whilst you may consider yourself a modern woman, you may like to adopt a vintage marriage tradition this year.

In a leap year, traditionally a woman may propose marriage to her man.  The leap year marriage tradition was introduced centuries ago. According to folk lore, the leap day was an invented day to fix a discrepancy in the calendar.  It was not considered a “real” day; it had no cultural status.  Thus, the reasoning goes, social customs also had different reality status on that day too.

Given the leap day was to fix a glitch, women thought they could fix the unjust glitch in social custom, freeing them up to pop the question to the man they adored.

The first documentation of this practice dates back to 1288, when Scotland supposedly passed a law that allowed women to propose marriage to the man of their choice in that year. Tradition states they also made it law that any man who declined a proposal in a leap year must also pay a fine. The fine could range from a kiss, to a silk dress or a pair of gloves.  Now this wedding celebrant thinks that’s a win win situation!

So for women who tire of waiting for the bloke to ask for their hand in marriage, the leap year gives them a legitimate occasion to propose.

Or does your wardrobe need a few more frocks?  Propose away girls.